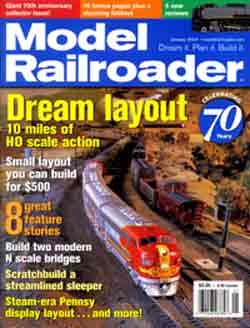 As featured in the January 2004, issue of Model Railroader magazine, this Dunham Studios triumph opened April 25th,1998 at the in Altoona, Pennsylvania to rave reviews. 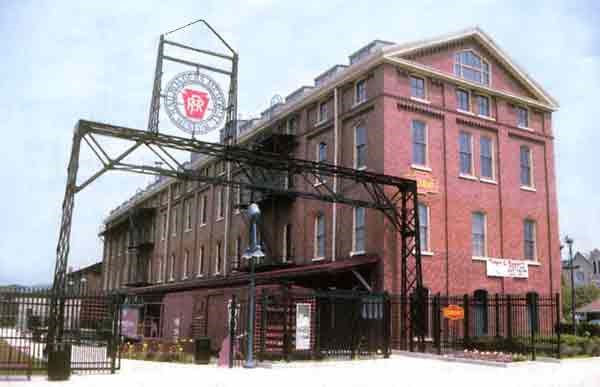 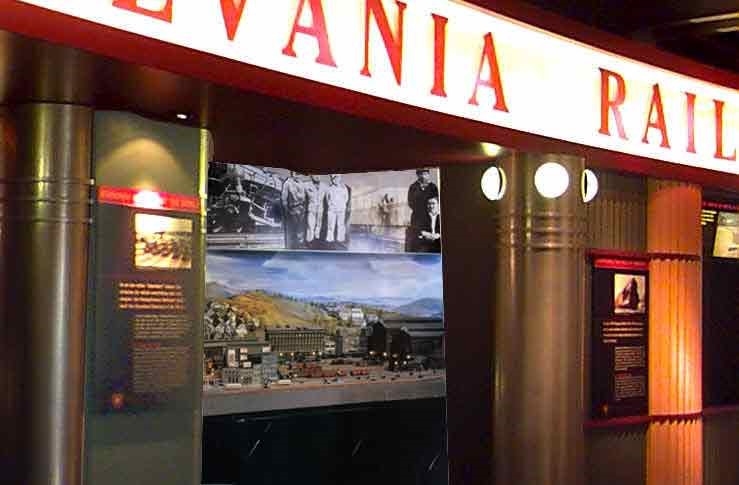 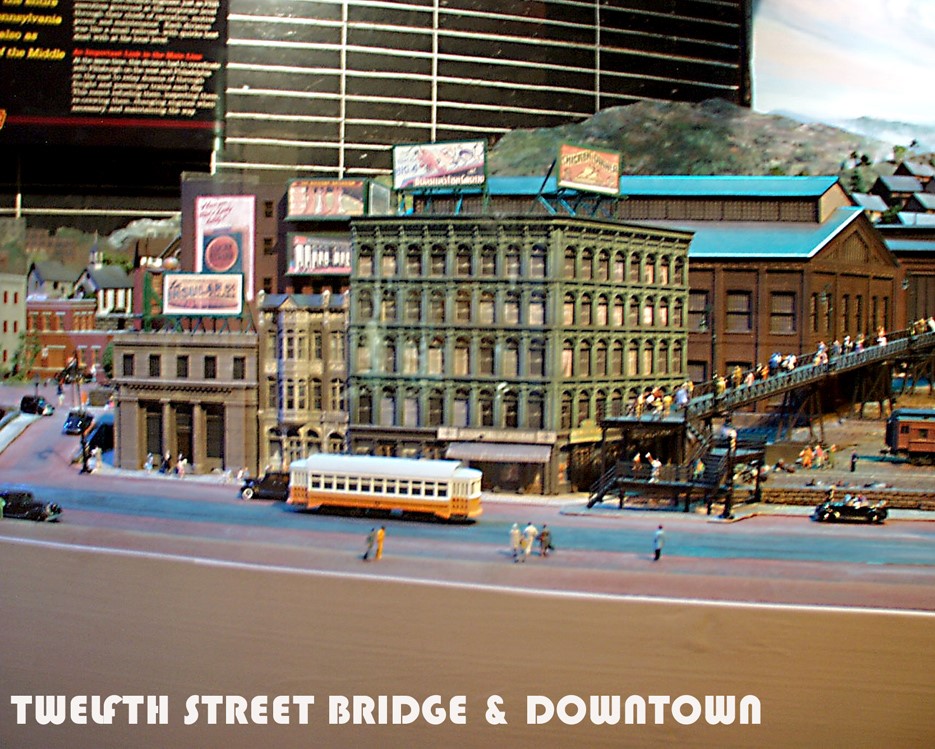 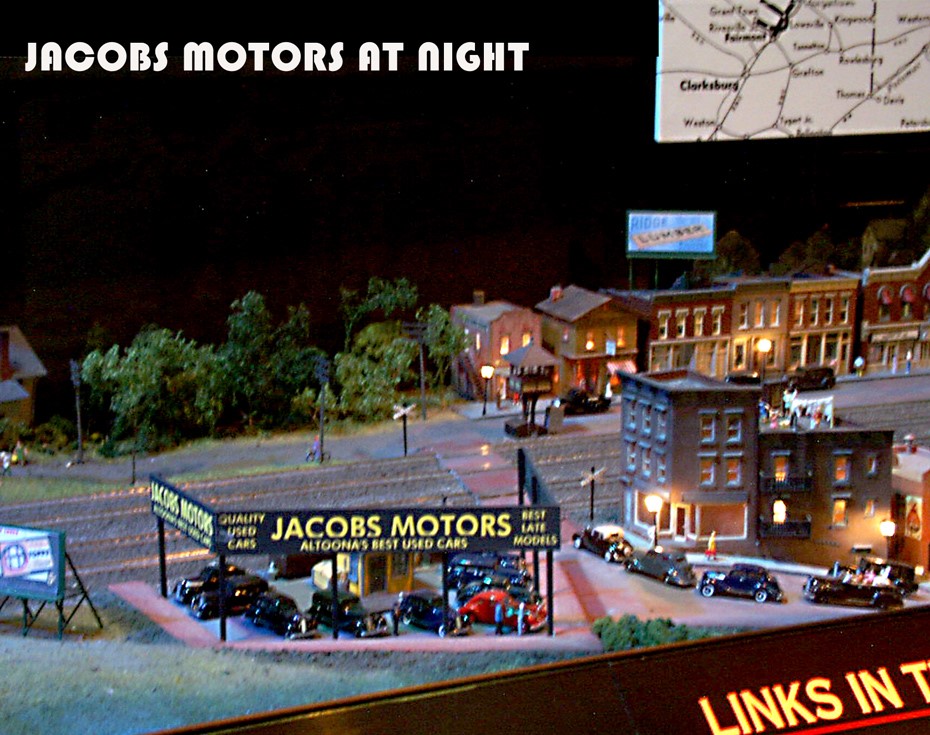 Railroaders Memorial Museum in Altoona, Pennsylvania. The layout, measuring some sixty running feet, represents Altoona’s Pennsylvania Railroad shops, including the former master mechanics building (now home to the museum), several huge (four feet by eighteen inches in H-O scale!) shop buildings, the test building, x-ray building and a working model of the PRR locomotive test plant. The downtown Altoona, of 1940, surrounds the shops, including the Twelfth Street pedestrian bridge over the rail yards. Altoona and Logan Valley Trolleys stop on their way downtown to pick up passengers waiting in front of the test building. In block upon block of houses, the neighborhoods of Altoona sprawl across the hills beyond. A signature Dunham Studios backdrop completes the scene.

Moving to your left, we see the four-tracked middle division of the Pennsylvania Railroad running east toward Harrisburg. Along the way we see a complex “interlocking” with its tower, working four-track signal bridges, a typical PRR stone arch viaduct, brick enclosed track pans, an interchange station, a yard and engine facility at the interchange with the Huntington and Broadtop Mountain Railroad, plus typical track side industries such as a power plant, ice cream plant, granaries and a maintenance of way facility.

A fascinating feature of this layout is the series of historically accurate work scenes in keeping with the museum’s theme of featuring the railroader and not simply the railroad. A locomotive hostler turns Pacific 1361 on the turntable at the interchange, while a PRR gas-electric car and trailer arrives at the interchange. The weigh master stands by his scales and a locomotive fireman prepares to fill the locomotive tender with water. All this in only a few feet of layout! In addition, there is the wreck master supervising a crew attending to the removal of a derailed coal hopper car along the mainline, and at the Altoona Shops painters ready to paint a box car, and the test master overseeing activities within the test plant. In true Dunham Studios style, the “grace note” of a day-to-night lighting system provides the final touch of realism.   The exhibit cost about $165,000.00

We think the Altoona Railroaders Memorial Museum is a beautiful museum. An interactive railroad museum in a city where once the railroad reigned supreme and one company, the Pennsylvania Railroad,  employed 17,000 people at its height. The mission of the museum is to tell the tales of these people, the moving force behind the iron and steel. In their words they are “dedicated to telling the stories of railroading life and labor using the experience of Altoona, Pennsylvania as the example. It is a story for families…about families.” The Altoona Railroaders Memorial Museum is at 1300 Ninth Avenue, Altoona, Pennsylvania 16602 and is well worth a trip. For complete information, telephone, toll free; (888) 425-8666 or visit them at their Web site http:\\www.railroadcity.com . And tell them the Dunhams sent you!